Warning: This story contains spoilers for the season finale of "Game of Thrones."

"Game of Thrones" star Kit Harington believes the series finale — which divided and infuriated many fans of the HBO hit — was an honest depiction of what would happen in Westeros, despite its issues.

He specifically defended Daenerys Targaryen's character arc going from beloved heroine to "Mad Queen" as being unworthy of the feminist criticism it's received.

“One of my worries with this is we have Cersei and Dany, two leading women, who fall,” Harington, who starred as Jon Snow, told Entertainment Weekly. “The justification is: Just because they’re women, why should they be the goodies? They’re the most interesting characters in the show. And that’s what 'Thrones' has always done." 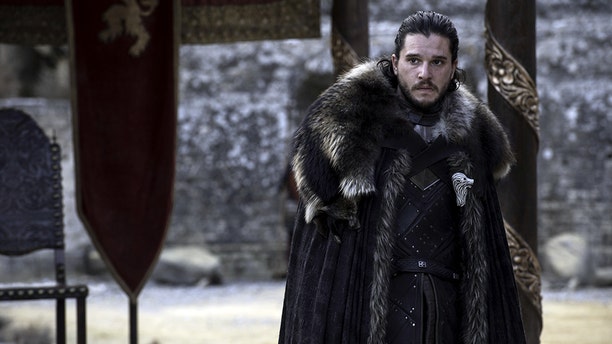 'THE SIMPSONS' PREDICTED THIS 'GAME OF THRONES' TWIST TWO YEARS AGO

He added, "You can’t just say the strong women are going to end up the good people. Dany is not a good person. It’s going to open up discussion but there’s nothing done in this show that isn’t truthful to the characters. And when have you ever seen a woman play a dictator?”

'GAME OF THRONES' SERIES FINALE: WHO SITS ON THE IRON THRONE?

The 32-year-old actor also explained that he believes that when Jon Snow kills Daenerys that it was a merciful act and that it broke Snow's heart to do it.

"This is the second woman he’s fallen in love with who dies in his arms and he cradles her in the same way,” he said. “That’s an awful thing. In some ways, Jon did the same thing to Ygritte by training the boy who kills her. This destroys Jon to do this.”

Emilia Clarke, however, doesn't quite buy Harington's justifications for his actions.

She joked to Entertainment Weekly of Jon Snow, “Um, he just doesn’t like women does he? He keeps f—king killing them!"