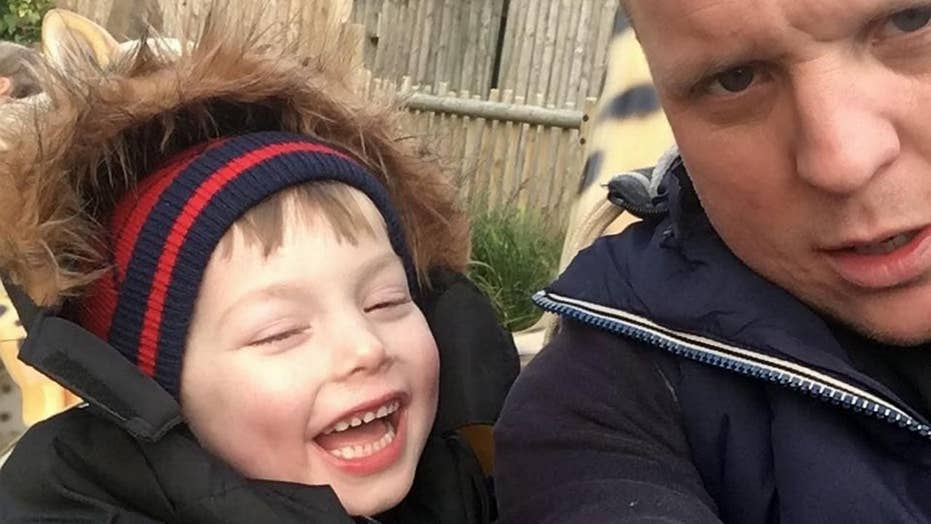 Disney is refusing to allow Spider-Man engraving on tombstone of dead 4 year old boy who loved the superhero.

A grieving father who lost his 4-year-old son last year claims Disney is not allowing him to include an etching of Spider-Man on the boy's tombstone — citing company policy.

Lloyd Jones, the father of Ollie, said he asked the entertainment company to include the superhero on his son's grave. The boy suffered from leukodystrophy, a rare genetic condition, for two years before his passing in December.

Jones told British news outlet Metro that Ollie was given a Spider-Man-themed funeral, as he loved the young hero, and his last vacation before he died was to Disneyland to "meet" him.

To honor Ollie's love of the Marvel superhero, Jones wanted a photo of Spider-Man engraved on his late son's grave. He said he asked the local council for permission and was told to contact Walt Disney Company.

Ollie Jones died in December after a two-year battle with leukodystrophy, his family said. (SWNS)

Disney – which did not return Fox News' request for comment – reportedly refused to allow the boy's tombstone to feature Spider-Man, claiming that doing so would ruin the "innocence" and "magic" of the company's famed characters.

"I really wasn’t expecting this — it’s another massive blow. I felt sure they would allow it," Jones told Metro, claiming he believes the decision came down to money. "That makes no sense to me — characters die in their films all the time."

DISNEY STAR CAMERON BOYCE'S FAMILY CONFIRMS HE SUFFERED FROM EPILEPSY AS MICHELLE OBAMA, DOVE CAMERA SPEAK OUT ON HIS DEATH

The father added, "Ollie’s last holiday was at Disneyland. He loved Spider-Man and we had bought him all the toys. But now he has died and we won’t be spending any more money, they don’t care."

Jones claims Disney sent their "sincere condolences" and noted they were honored if they "played a small part in Ollie's happiness," but said that they could not allow his tombstone to be engraved with a Disney character due to a policy from Walt Disney himself which "does not permit the use of characters on headstones, cemetery or other memorial markers or funeral urns."

Disney reportedly said putting Spider-Man on Ollie's grave would ruin the "innocence" and "magic" of the characters. (SWNS)

In a statement to Jones' brother, who made the request, Disney said, "We have striven to preserve the same innocence and magic around our characters that brought Ollie such joy.

"For that reason, we follow a policy that began with Walt Disney himself that does not permit the use of characters on headstones, cemetery or other memorial markers or funeral urns," the response, obtained by Metro, read.

TEXAS MAN WHO INTERVENED IN DISNEYLAND BRAWL SPEAKS OUT: 'I JUST FELT I HAD TO GET IN THERE'

The company did, however, offer Jones a one-of-a-kind illustration of Spider-Man, which would include a special message for his son.

They continued, "Although we cannot grant the family’s request, we would be pleased to commemorate your nephew with a hand-inked, hand-painted, personalized cel that recognises his love for Spider-Man, which will read: ‘For your -- (nephew’s name), Thank you for letting us share in the magic of your life. Your friends at the Walt Disney Company.' We feel privileged to have had him as a fan."

The company's refusal has outraged users on social media, prompting the creation of an online petition to force Disney to allow the family to use Spider-Man on Ollie's grave. The petition currently sits at over 12,000 signatures.

"This meant everything to us. My brother’s life has been shattered, it has shattered the whole family," Ollie's uncle Jason told Metro. "We can’t move on until we have his headstone done — Spider-Man was Ollie’s entire life. He loved it so much."