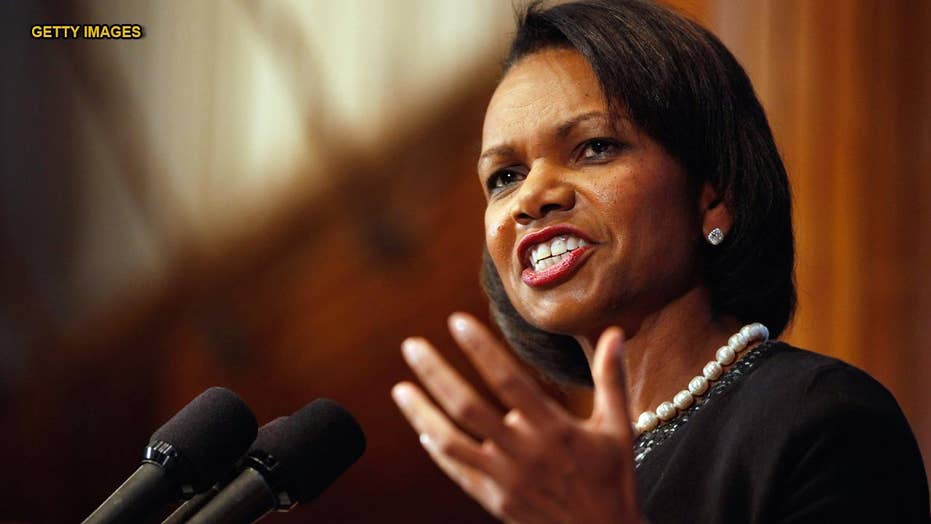 Former Secretary of State Condoleezza Rice made it clear that she doesn’t think racism in America has gotten “worse” under President Trump, calling the claim “hyperbole” on Thursday during an interview on NBC’s “Today” show.

NBC News’ Sheinelle Jones told Rice “there are people who will say it feels worse now when we’re talking about race” and said others feel that America is currently a “divisive environment.”

Rice quickly responded, “It sure doesn’t feel worse than when I grew up in Jim Crow Alabama. So let’s drop this notion that we’re worse race relations today than we were in the past.”

“I think the hyperbole about how much worse it is isn’t doing us any good,” Rice continued. “This country’s never going to be colorblind. We had the initial original sin of slavery. It’s still with us.”

Jones responded by saying that people say, “It’s top down, it starts with the president” and the rhetoric of Trump.

“Oh, come on, alright. I would be the first to say we need to watch our language about race,” Rice said. “We need to watch that we don’t use dog whistles to people… but when we start saying, ‘Oh, you know, it’s worse today,’ no, they’re not.”

Earlier in the interview, Jones brought up President Trump’s recent comment about listening to foreign entities if they had dirt on political opponents.

“Critics have suggested that he’s almost put a for-sale sign on the upcoming election,” Jones said. “Do you worry that he’s done that?”

Rice fired back, “Let’s not overstate this, alright? People say things, the president has a tendency to want to say provocative things,” before noting that there are laws in place for the hypothetical situation.