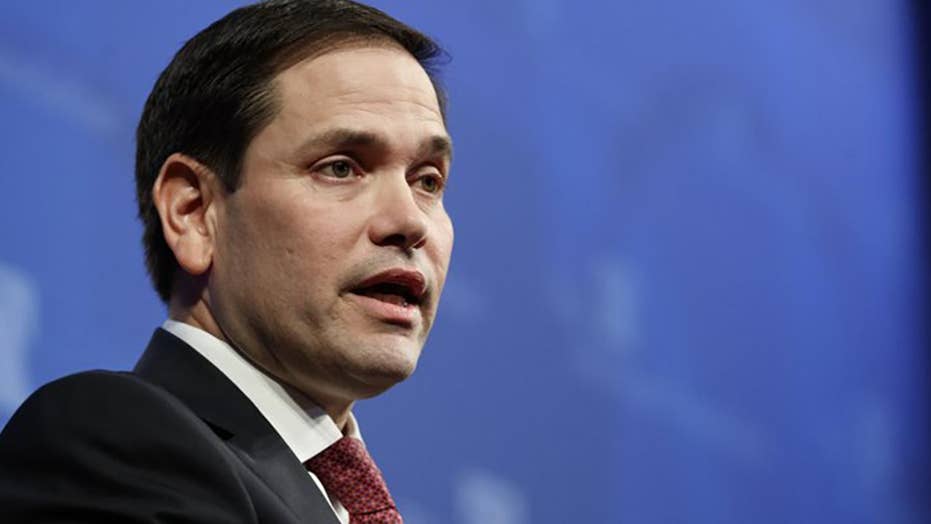 "View" co-host Ana Navarro had a fiery rebuke for Sen. Marco Rubio, R-Fla., on Friday, suggesting that he should look in the mirror before accusing others of "self-righteous hypocrisy."

Her comments came after Rubio decried the "outrage & response cycle" following controversial comments from President Trump. "The left wing politicians & many in the media demanding outrage are self righteous hypocrites," he tweeted.

He was referring to the controversy surrounding Trump's tweet about progressive congresswomen and a chant -- "send her back" -- from Trump's audience at a North Carolina rally on Wednesday.

Although Rubio denounced the tweet and called the chant "grotesque," Navarro appeared to think he didn't go far enough in criticizing Trump on a variety of issues.

"Let me tell you what self-righteous hypocrisy is -- tweeting Bible verses every day and remaining silent while this president puts children in cages," she said, noting Rubio's habit of posting verses.

She also took issue with Rubio acting as if there were two sides to the story while simultaneously representing a community of Cubans, Venezuelans, and others whom she said regularly heard people telling them to go back to where they came from.

Rubio's office did not immediately respond to Fox News' request for comment.