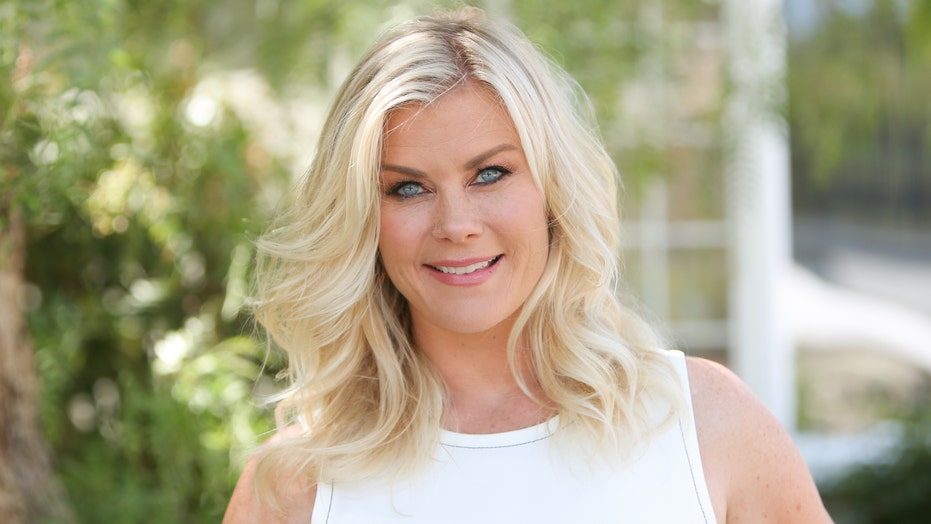 The actress made her acting debut at the age of 4 when she landed a role in a Kodak commercial. From there she never looked back, appearing in over 60 commercials and eventually going on to land the role of Sami on the longtime running soap opera "Days of Our Lives."

While she loved the ability to live out her passion at a young age, Sweeney admits that growing up on television wasn’t always the easiest.

ALISON SWEENEY GETS CANDID ON GROWING UP IN HOLLYWOOD

At the Hallmark Channel and Hallmark Movies & Mysteries Summer 2019 TCA press tour event, she told Fox News that being a childhood actor taught her “that there's always someone out there who is prettier and skinnier and fancier.”

She said she was able to combat that by gradually learning to believe in herself and what she had to offer, and by figuring out how to “find that confidence” within herself. And as other childhood stars were succumbing to the temptations of the limelight, Sweeney said her family was really instrumental in helping her to keep her head on straight.

“I was really lucky. I’m from LA so it wasn’t a big fish out of water story, and my parents are super grounded and normal and real and tough and strict,” she said.

Therefore engaging in behaviors that would have landed her in the tabloids was not, per Sweeney, an option for her.

"I was really lucky. I’m from LA so it wasn’t a big fish out of water story, and my parents are super grounded and normal and real and tough and strict."

— Alison Sweeney on avoiding the temptations of Hollywood

“I was never left out on my own to figure that out. I was always really guided by my brothers and my parents, who were all very loving,” she recalled.

The star said her family is still very much involved in her life today and she credits them for helping her have a happy childhood-actor-to-adulthood transition, unlike some of the young stars growing up alongside her.

ALISON SWEENEY DISHES ON 'MURDER, SHE BAKED' AND WHETHER SHE'LL EVER RETURN TO SOAP OPERAS

“I think that when you see those kinds of stories, often it starts at home. I think that’s true for many problems,” she explained.

Sweeney revealed that she’s doing her best to raise her own children to grow up well balanced in Hollywood.

“They’re so young but yes, it happens. ‘Everyone has a cell phone mommy; why don’t I have one?’ It’s always something,” she said. The trick, she noted, is to prepare your children for the world that’s out there instead of trying to completely protect them from it.

“I do not want to shelter my kids from choices and struggles and life but to say, ‘No. That’s not your life. People do it but we don't do that in our family. So that's the big lesson that I think is really important to share with them,” she said.

If Sweeney could go back in time and give her teenage actress self some advice, it would be to be a little bit more gentle.

“To give myself a break. Trust myself more. If I talk fitness, it's like a marathon, not a sprint. And sometimes I was hard on myself. I felt beaten down a little instead of looking at what was to come,” she explained.

Acting at a young age did inevitably come with making some personal sacrifices, but Sweeney wouldn’t go back in time and change any of the decisions made along the way.

“I feel like no matter what you choose, there's always things you're going to miss out on. There’s always trade outs. And I think the biggest thing is to not regret those things and to know that you took the best road that you could and be happy with the choices you made,” she said.

She added that had she done things differently, like gone to her high school prom, she has no idea what her life would look like today.

“Any of those big things, I wouldn't be where I am today with my husband and my kids,” she said, before joking that it’s like one of the popular Hallmark Channel plotlines where a character goes back to relive her life and her choices take her on wildly different paths.

“I've seen those movies. You change one thing and the rest all goes to s--t,” she said with a laugh.

Faith & Fame is a regular column exploring how a strong belief system helps some performers navigate the pitfalls of the entertainment industry.